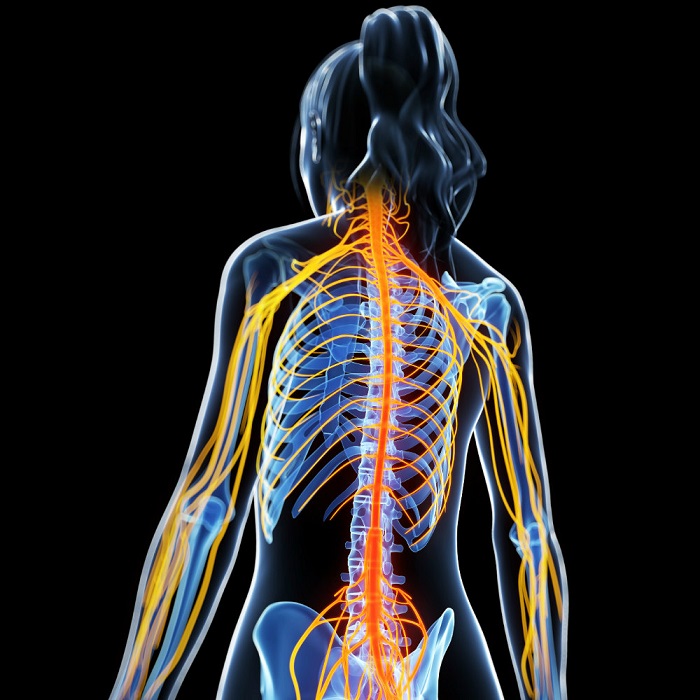 Multiple sclerosis can be inhibited or reversed using a novel gene therapy technique that stops the disease’s immune response in mouse models, University of Florida Health researchers have found.

This news is truly comforting!

By combining a brain-protein gene and an existing medication, the researchers were able to prevent the mouse version of multiple sclerosis. Likewise, the treatments produced near-complete remission in the animal models. The findings, which researchers said have significant potential for treating multiple sclerosis and other autoimmune disorders, were published Sept. 21 in the journal Molecular Therapy.

“Using a clinically tested gene therapy platform, we are able to induce very specific regulatory cells that target the self-reactive cells that are responsible for causing multiple sclerosis,” said Brad E. Hoffman, Ph.D., an assistant professor in the departments of pediatrics and neuroscience at the University of Florida College of Medicine.

Before the therapy can be tested in humans during a clinical trial, further research involving other preclinical models will be needed, Hoffman said. Researchers also need to target the full suite of proteins that are implicated in multiple sclerosis, he added.

Still, Hoffman said he is extremely optimistic that the gene therapy can be effective in humans.

“If we can provide long-term remission for people and a long-term quality of life, that is a very promising outcome,” he said.

The research study, led by Dr Yvonne Dombrowski and Dr Denise Fitzgerald at the Wellcome-Wolfson Institute for Experimental Medicine at Queen’s University Belfast, is being hailed as a landmark study in unravelling the mysteries of how the brain repairs damage. This is crucial in the fight against MS, which affects 2.3 million people world-wide and over 4,500 people in Northern Ireland.

MS is the most common neurological disease affecting young adults and is the result of damage to myelin, the protective sheath surrounding nerve fibres of the central nervous system – the brain, spinal cord and optic nerve. In MS, the immune system wrongly attacks the myelin sheath covering nerve fibres in the brain and spinal cord, which can lead to symptoms such as vision loss, pain, fatigue and paralysis.

Until now, medical treatment could limit relapses but could not reverse the damage already done by the condition. The exciting aspect of this new research is that the team have uncovered beneficial effects of immune cells in myelin repair that have potential to reverse myelin damage. The study was an international collaboration including experts in Cambridge, San Francisco, Edinburgh, Maynooth and Nice.

This is a fundamental breakthrough that could revolutionise the treatment of debilitating neurological disorders such as Multiple Sclerosis (MS).

The research breakthrough, which has been published in Nature Neuroscience, shows that a protein made by certain cells within the immune system triggers the brain’s stem cells to mature into oligodendrocytes that repair myelin.

The discovery means that researchers can now use this new knowledge to develop medicines which will boost these particular cells and develop an entirely new class of treatments for the future.

Repurposed asthma drug shows blood sugar improvement among some diabetics
Researchers at the University of San Diego School of Medicine have completed a study that shows that an anti-asthma drug may have a positive benefit on blood sugar levels in patients with diabetes.

After 12 weeks of taking an anti-asthma drug, a subset of patients with type 2 diabetes showed a clinically significant reduction in blood glucose during the randomized, double blind, placebo controlled clinical trial.

The results of the trial were published in Cell Metabolism.
“When we looked at the drug-treated group we saw a bimodal distribution, that is, there were some responders and some non-responders. We didn’t understand why, so we did a molecular analysis from biopsies of fat cells we took from patients at the beginning and end of the study,” said Alan Saltiel, PhD, director of the UC San Diego Institute for Diabetes and Metabolic Health.

“In the responder group, the level of inflammation in fat was higher than in the non-responder group at the beginning of the study, indicating that there is something about inflammation that predisposes a person to respond. And, what was really amazing was that there were more than 1,000 gene changes that occurred exclusively in the respinders”.

MACS1423-z7p64, a ‘Special’ Average Galaxy in the Distant Universe

MACS1423-z7p64 is an ultra-faint galaxy at a redshift of 7.6, that puts it about 13.1 billion years in the past. (The farther away an object is, the farther its light is shifted into the red end of the spectrum, due to the expansion of the universe.)

Astronomers- led by a graduate student at the University of California, Davis-
have discovered this galaxy, one of the most distant galaxies in the universe, and it’s nothing out of the ordinary.

Hence, what is so special about this one?

These ultradistant galaxies, seen as they were close to the beginning of the universe, are interesting to scientists because they fall within the “Epoch of Reionization,” a period about a billion years after the Big Bang when the universe became transparent.

After the Big Bang, the universe was a cloud of cold, atomic hydrogen, which blocks light. The first stars and galaxies condensed out of the cloud and started to emit light and ionizing radiation. This radiation melted away the atomic hydrogen like a hot sun clearing fog, and the first galaxies spread their light through the universe.

To find such faint, distant objects like MACS1423-z7p64, the astronomers took advantage of a giant lens in the sky.
As light passes by a massive object such as a galaxy cluster, its path gets bent by gravity, just as light gets bent passing through a lens. When the object is big enough, it can act as a lens that magnifies the image of objects behind it.

Scientists are surveying the sky around massive galaxy clusters that are the right size and distance away to focus light from very distant galaxies. While it is similar to millions of other galaxies of its time, z7p64 just happened to fall into the “sweet spot” behind a giant galaxy cluster that magnified its brightness tenfold and made it visible to the team, using the Hubble Space Telescope. They were then able to confirm its distance by analyzing its spectrum with the Keck Observatory telescopes in Hawaii.

► The study “Spectroscopic confirmation of an ultra-faint galaxy at the epoch of reionization”, published in _Nature Astronomy _>> https://www.nature.com/articles/s41550-017-0091

► Image explanation: Astronomers used the gravity of a massive galaxy cluster as a lens to spot an incredibly distant galaxy, about 13.1 billion years in the past. They used the Hubble Space Telescope to find the galaxy and confirmed its age and distance with instruments at the Keck Observatory in Hawaii.
Image credit: NASA/Keck/Austin Hoag/Marusa Bradac

SpaceX CRS-10 Dragon Landing: View 2 | International Space Station
The SpaceX Dragon is the only commercial spacecraft currently flying that is capable of returning significant amounts of cargo to Earth from the International Space Station (ISS). Dragon landed a few hundred miles west of Baja California on March 19th. It has returned with approximately 3,600 pounds of space station cargo, ending its 10th operational cargo flight to the complex.