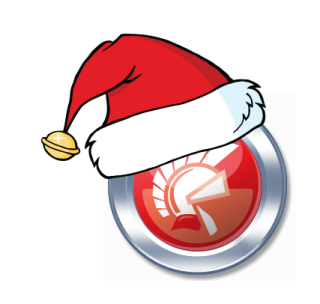 In January, the Google+ Delphi Developers Community will have it’s one year anniversary. With 2400 members, as well as 300+ members in the Delphi iOS & Android Community and the Delphi Component Directory, I really appreciate and enjoy the posts and discussions about my favorite tool!
As you know, in the Yule time it is not unusual to send off a wish list to Santa, so here are my wishes for Santa (+David Intersimone) and the Code Elfs at Embarcadero for 2014.

Make 2014 a year for improving what exists!

It has been said before, but I cannot help but repeat my burning desire for having the list of “old sins” significantly shortened, instead of even more new features. Many posts during 2013 has been about performance issues or missing implementations, and to mention some: Generics weirdness, threading related issues, efficiency of generated code, lack of newer Windows APIs, lack of ready made wrappers for Android Java APIs,  IDE memory management and debugger/emulator stability, IDE features such as code insight and error insight which behave erratically, …I’ll stop myself here 😉

Make 2014 a year for  engaging the communities!

We have a lot of awesome people making awesome fixes, improvements and workarounds for known Delphi issues.  I would love to see these people be given some love from EMBT and their excellent work adopted and integrated into Delphi.  We also have the open source efforts for creating regression tests for the Delphi libs, and it would be awesome if this effort would be adopted and supported by EMBT.
To sum it up:
2014: No new platforms and lots of fixes!
That was my wish list.
What would be your Xmas wishlist for Embarcadero?

This site uses Akismet to reduce spam. Learn how your comment data is processed.