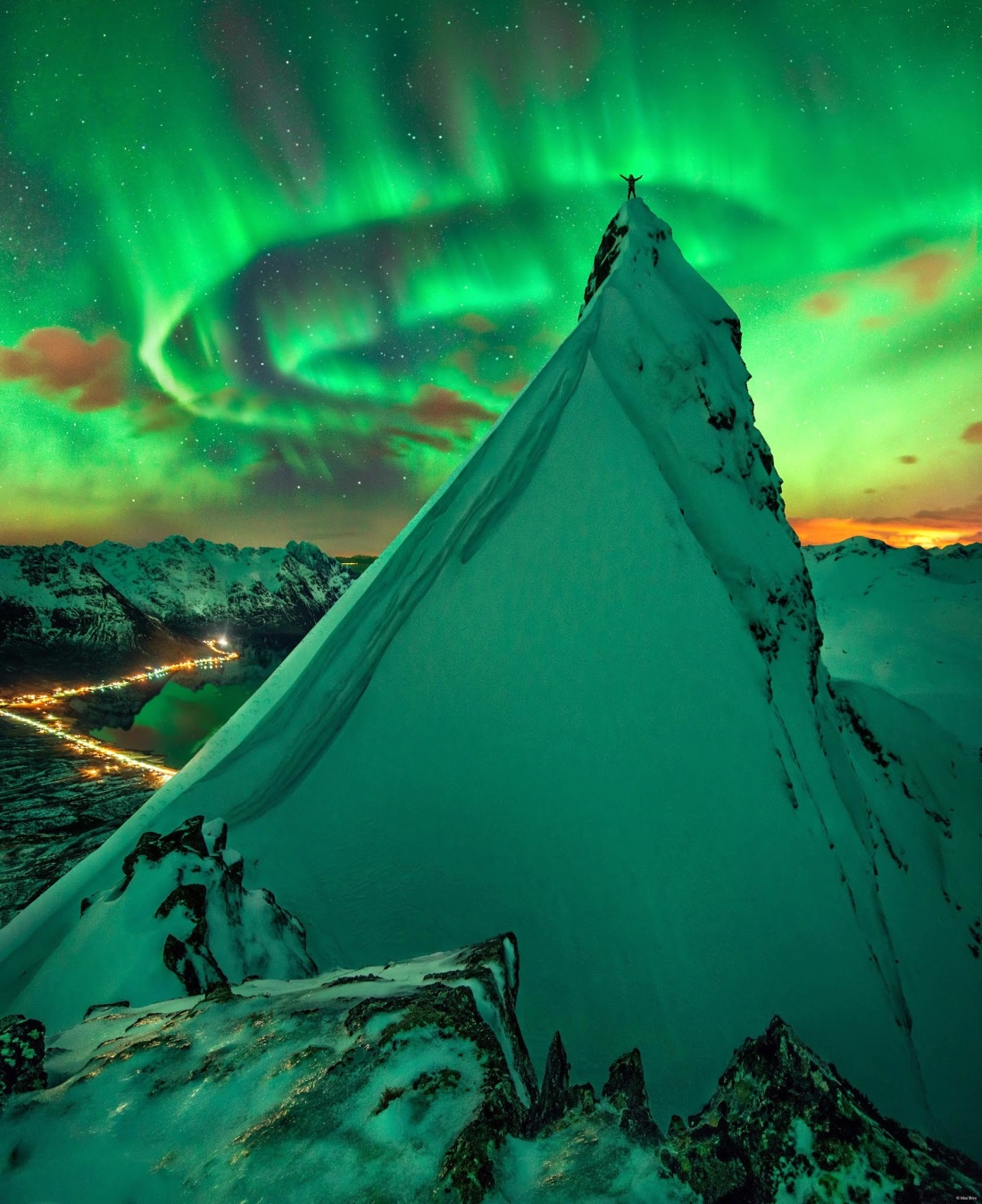 Raise your arms if you see an aurora. With those instructions, two nights went by with, well, clouds — mostly. On the third night of returning to same peaks, though, the sky not only cleared up but lit up with a spectacular auroral display. Arms went high in the air, patience and experience paid off, and the creative featured image was captured as a composite from three separate exposures. The setting is a summit of the Austnesfjorden fjord close to the town of Svolvear on the Lofoten islands in northern Norway. The time was early 2014. Although our Sun is nearing Solar Minimum and hence showing relatively little surface activity, holes in the upper corona have provided some nice auroral displays over the last few months.

One thought on “In Green Company: Aurora over Norway”

This site uses Akismet to reduce spam. Learn how your comment data is processed.